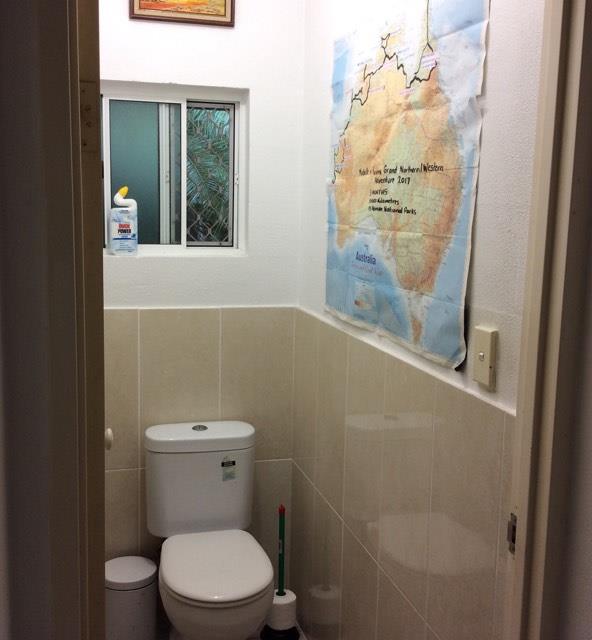 I get so much value from planning a trip; almost as much as the trip itself. It’s the anticipation, the imagining and the dreaming. I look at a map and I paint a picture in my mind of how it’s going to be. From a tiny splodge on a map I can visualise some version of paradise.

So I like to plan a holiday. I like to organise the finer details. It’s not a chore because it gives me so much pleasure using my imagination.

So let me tell you about the map on the dunny wall.  It’s a big map; really big.  After all Australia is a big country with vast distances and I was planning a workable format for this big adventure. I was having trouble picturing the complete journey. Google, such a wonderful resource most times, kept leading me along the black top roads. We want dirt.

So I found a big dusty map of Australia in the dark recesses of a disused drawer and a black marker pen became my best friend.  That black line that I drew on it travelled from Cairns along the Savannah way all the way to the Western Australian Coastline. Along the way, in my head, we canoed along peaceful gorges, frolicked in natural hot springs and created clouds of billowing bull dust as we explored remote 4WD tracks. Such pretty mind paintings. When we got to Western Australia those paintings became staggeringly beautiful, an explosion of colour. Corrugated dirt tracks leading to picturesque waterfalls on Mitchell Plateau, red sand and turquoise sea near Broome, red ochre gorges with enchanted fern laden pristine water holes at Karajini, the sublime vast views from the summit of Mt Augustas and swimming in the azure Indian Ocean with the whale sharks at Ningaloo Reef.  I could see us throwing in a line and lazing aimlessly on the most beautiful white beaches, where ‘the only worry in the world is the tide gonna reach my chair’ (Thanks Zac Brown – that’s my theme song).

Wow. That great big partially torn map with its ugly black scribbled lines is just the most beautiful work of art I have ever seen. 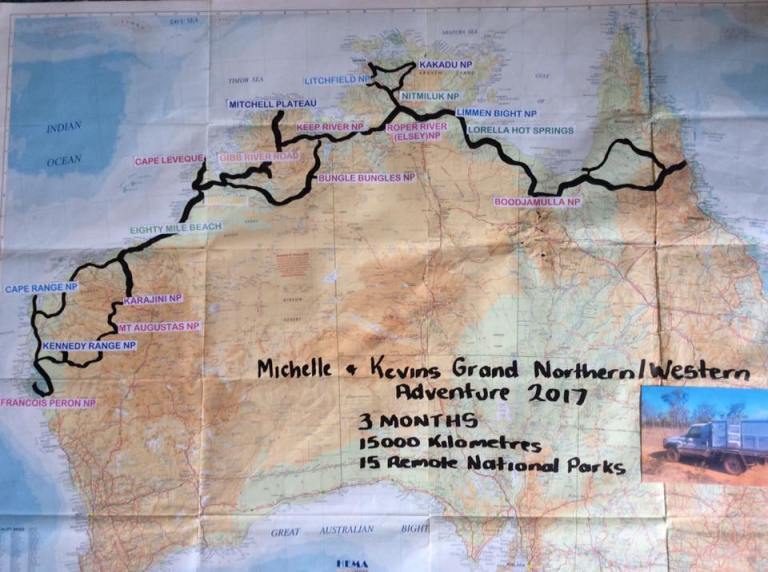 So, over the last couple of months it has taken pride of place on the dunny wall. A location where one has the time just to sit and ponder. It has provided inspiration, reminded me to stay focused on the end goal, to budget and save furiously and remember that in a few short months we are going to be really following that black squiggly line.

Follow let us be free – An Australian Travel Blog on WordPress.com